How and When to Prune a Magnolia Tree 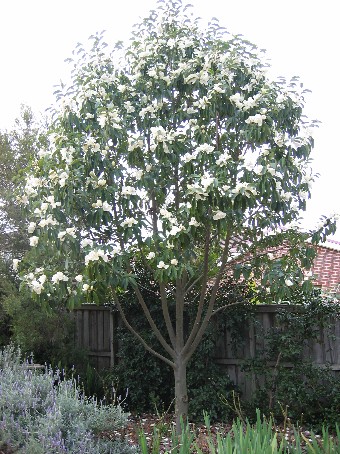 The magnolia is a flowering tree common to the Southern U.S., although cold-hardy cultivars have made their way northward. An easily recognizable broad-leafed evergreen tree, the magnolia is best known for its fragrant white blossoms that can easily reach 12 inches in diameter. The magnolia can attain heights of 90 feet or more with circumferences of more than 12 feet, and even larger trees are found in Mississippi and Louisiana where the climate is ideal for such growth.

The magnolia tree grows wild in many areas, thriving naturally in a host of warm weather environments. It is also popular as an ornamental in gardens. When gardeners and property owners keep a magnolia as an ornamental tree, it must be tended carefully to maintain an attractive shape and not overshadow other plants and shrubs, which can happen despite the tree’s relatively slow rate of growth.

Pruning and Shaping a Magnolia

The naturally occurring shape for a magnolia is generally conical, although not rigidly so. However, depending on the light it receives, the presence of other trees and other environmental factors, it can also grow in very irregular shapes. A young tree can easily be trained into a desirable configuration, but older trees are much less pliant in this respect.

The magnolia does not require any specialty tools for pruning beyond the standard pruning shears, lopping shears and a handsaw for especially large branches. Sterilizing the tools beforehand can be beneficial for the tree.

When pruning a magnolia, it is advisable to begin by removing any dead, broken or sickly limbs from the tree, not just for aesthetic purposes but to improve overall health and well-being.

After this, limbs may be trimmed or removed to achieve a desired shape. One can do this by cutting the limb or shoot at its base using 45-degree cuts whenever possible. One should avoid leaving stubs or tearing the bark as this can be extremely detrimental to the tree.

Magnolias do not require very much pruning except to shape the tree and remove failing limbs or branches. Pruning mature trees can lead to potential disease issues because older trees are less likely to heal properly. Even younger trees should not be pruned indiscriminately, although careful tending and pruning will stimulate new growth and more prolific flowering, especially if done at the right time of year and with the utmost care.

When to Prune a Magnolia Tree

For magnolias that bloom in early spring, the best time for pruning is soon after the tree has finished blooming. This can be late spring or early summer, depending on the climatic zone. Pruning too late in the season will result in fewer blossoms the following spring. This does not apply to the removal or dead or dying limbs, which are better taken care of sooner than later.

The magnolia is a slow-growing tree that will not likely flower in the first 10 years of its life. Those who wish to grow a magnolia tree that reaches its full potential in terms of height and girth should not consider this the work of a single lifetime, especially if the tree is grown from seed or begun as a young sapling.

These are among some of the most attractive or aromatic magnolias worldwide: