How and When to Prune a Japanese Maple Tree 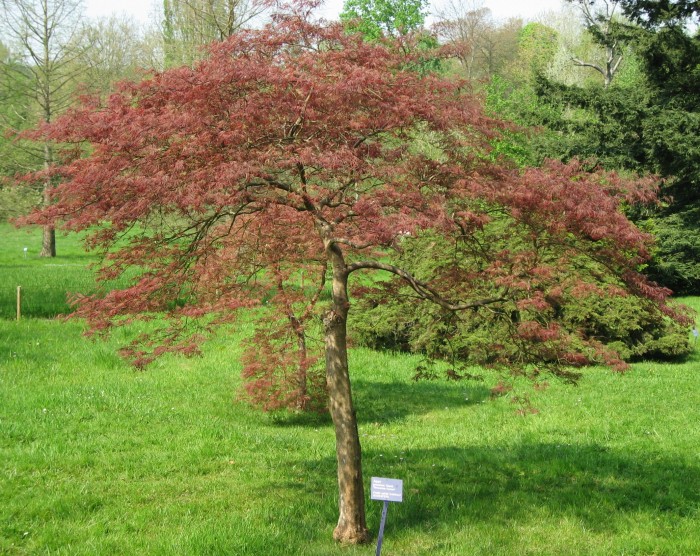 Japanese maple trees come in two major types: laceleaf and upright maple trees. Laceleaf trees have a weeping structure and lacy-appearing leaves while the upright trees grow mostly straight up and have more solid leaves. Both types have a natural and harmonized flow with intricate branch growing patterns. Pruning is necessary to maintain shape, but it is important to prune the trees within their natural growing patterns.

Japanese maples are not especially particular as to when they are pruned; however, spring is generally not a good time as new growth and sap are beginning to develop. Winter and summer are commonly accepted as good times to prune. The winter is probably the best time as it is easy to see the branches and growing structure of the tree. Summer, on the other hand, allows for a more accurate gauge of which branches need to be thinned. It is important to be careful of the temperature when pruning in the summer, however. Removing thicker areas of foliage can reveal previously shaded areas and invite scalding by the sun. It is best to prune in the summer when temperatures are below 80 degrees Fahrenheit.

Pruning the upright Japanese maple involves four main steps. The first is to prune off lower limbs that crowd other low-growing shrubs or possibly impede a walkway. Next, prune off dead wood — that is, any dead twigs or brittle branches that no longer grow foliage. The third step is to separate the tree into layers. Remove branches that intrude into the layers above and below them. The final step is to evenly thin the branches. Remove some small lateral branches and keep others for an overall thinned out look. The ideal appearance is to have fewer branches that fill all the empty spaces.

Laceleaf Japanese maples are slightly more complicated than their upright cousins. Gardeners often fall into two camps with these trees. The first camp refuses to prune the trees at all, resulting in a great ball of foliage. Gardeners belonging to the second group tend to prune too much and end up with very little. The truth falls somewhere in between. It is important to preserve this tree’s natural harmony and facilitate a shell-like growth.

Here are some essential pruning tips for the Japanese maple: