Tree Pollen and Other Common Allergies 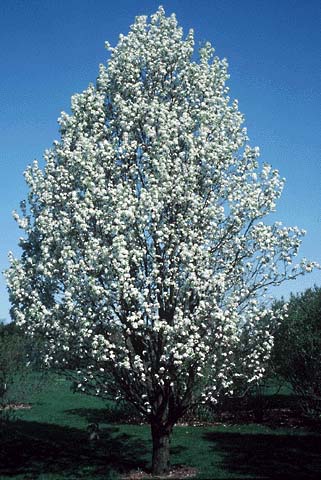 When a person suffers from allergies, his or her immune system is reacting in what is called an immune response. This is when the body attempts to fight off and defend itself from a recognized substance that it perceives as being harmful or foreign. Often these harmful substances are bacteria or viruses in the body; however, in the cases of an allergic immune response, the foreign substance is an allergen. Almost anything can be an allergen even if most people are not affected by it. There are, however, certain substances that are more common than others. These allergens are typically environmental and can be found both indoors and outdoors. To combat allergies, people should recognize what these common allergens are.

All flowering plants, including trees, produce tiny grains called pollen. These grains are produced by the male reproductive structure of the plant. When these grains reach the female reproductive structure of another plant or tree, it fertilizes the ovule to create new seeds. Often the transfer of pollen is dependent on insects, which carry the pollen from one plant to the next. Other times, the wind transfers large amounts of pollen. This is what happens with certain types of trees that are often plain in appearance with inconspicuous flowers, such as oak, maple, cypress, or pine trees. When this happens, the pollen can easily reach people who may have an allergic reaction to it. Tree pollen causes symptoms such as sniffling, sneezing, and red and itchy eyes. The treatment for allergic reactions caused by tree pollen involves alleviating the symptoms with the use of either prescription or over-the-counter medications. It can be difficult to completely avoid exposure to tree pollen; however there are steps that people can take to prevent over-exposure to it. One important step is to reduce the amount of time spent outdoors, particularly in the morning hours between 5 a.m. and 10 a.m. during pollen season, as this is when pollen is at its worst. Keeping windows closed in one’s home and while driving can also help keep tree pollen at bay. When coming indoors people should change their clothing immediately as pollen can be carried into the home on one’s clothing. People may also choose to replace trees that are allergy triggers for trees that will not trigger allergic reactions.

Dust mites are very tiny insects that can be found in mattresses, upholstered furniture, carpeting, and curtains. These insects feed on skin flakes shed by humans and pets. Allergic reactions to these microscopic bugs are not uncommon and are caused by breathing and/or coming in contact with their fecal matter and remains which are commonly found in dust. Symptoms of allergic reactions to dust mites are similar to those associated with colds and other allergies. They most often cause runny noses, sneezing, and nasal irritation. In addition, allergic reactions to dust mites may also exacerbate or trigger asthma symptoms, such as wheezing or other breathing difficulties.

Ideally, most people would like to eliminate dust mites entirely. Unfortunately, it isn’t possible to completely get rid of them; however, people can reduce the number of dust mites in their home. Ways to prevent or reduce dust mites include keeping humidity at 50 percent or less by using a dehumidifier. This will help keep numbers down as dust mites prefer temperatures that are 70 degrees Fahrenheit or higher and humidity levels of 75 to 80 percent. On beds, use allergen-impermeable covers over the mattress and pillows to keep dust mites from getting inside. Feathered and wool bedding and pillows are more attractive to dust mites than synthetic materials and should be replaced. Weekly, all bedding should be washed in hot water and items that cannot be safely washed should be placed in the freezer for twelve hours or overnight as freezing will kill dust mites. Because dust mites can settle in carpets, the ideal types of flooring to repel dust mites include hardwood, tile or linoleum. Decreased exposure to dust mites will help lessen the symptoms, but often treatment is necessary to alleviate them. Doctors may also suggest treating symptoms with medications such as antihistamines for runny noses and sneezing. Decongestants may also be recommended to reduce swelling of the nasal passages. For those who prefer to skip medications, nasal irrigation using a neti-pot can help relieve the nasal passages.

Mold is a type of fungus that grows in areas that are dark, warm and moist. Common indoor locations for this type of growth include the bathroom, basements or cellars, laundry rooms, and attics. When the mold spores are disturbed by wind or a disturbance in the air, they can become airborne and can potentially be inhaled. In some people, this can cause an allergic reaction. It can be found both indoors and outdoors.

Symptoms of mold allergies are often ocular and nasal in nature. Eye symptoms include tearing and itching. Inhaling mold spores can cause nasal symptoms such as sneezing, coughing, itchiness, stuffiness and runny noses. Asthma symptoms, such as coughing, shortness of breath, chest tightness or wheezing, are often triggered by mold. Treating mold allergies involves avoiding contact with it as much as possible and cleaning up any signs of it around the home. Symptoms can be treated with antihistamines and decongestants, or corticosteroid nasal sprays. In some cases, people require allergy shots. To prevent mold in the home, people should keep humidity levels at or below 50 percent. While cooking, showering or bathing, bathrooms and kitchens should have an exhaust fan running or a window open to prevent a build-up of steam. It is also important that people regularly check for plumbing issues such as dripping faucets or leaks in pipes, and make the necessary repairs. Bathrooms and laundry rooms should be kept free of dampness. Carpeting in bathrooms can also hold moisture and should be removed. To prevent outdoor mold growth and allergies, it is important to keep one’s yard and gutters free of debris that can decay over time. When doing work in the yard such as raking leaves or cutting the lawn, people should wear a mask.

Pet hair alone is not the cause for pet allergies, although it can collect and spread other allergens such as dust. The real culprit behind pet allergies is animal dander. Animal dander is the scales or flakes of skin from animals such as cats and dogs. The protein in pet dander can trigger an immune response in some people. The stickiness of animal dander makes it difficult to remove and makes it cling to items such as furniture and even clothing.

The best way to prevent pet allergies is to avoid contact with pets and pet dander. This isn’t always possible as dander can be carried into the home on the clothing of someone who owns a pet or has been near one. If a person wants a pet despite his or her allergies, they should look for hypoallergenic breeds that will not irritate allergies. Cleaning thoroughly is also a way to reduce the amount of dander in the home. Wear a dust mask over the nose and mouth while using a vacuum cleaner that has a HEPA filter. Carpets should also be steam cleaned regularly. Regularly cleaning pet litter boxes, bedding, and cages if applicable, will also help reduce the amount of animal dander in the home, as will keeping the animal groomed. Reducing the amount of pet dander is also important to treating pet allergies, but may not be enough. People with allergies that choose to keep a pet may also require routine allergy shots.